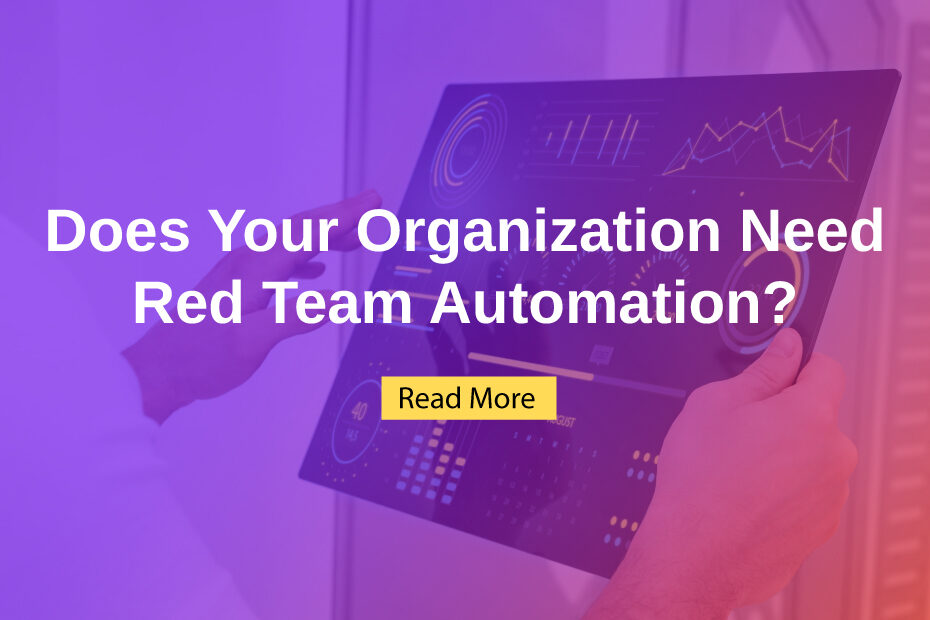 Red teaming is a valuable tool for organizations looking to improve their security posture and identify potential vulnerabilities in their systems and processes. The concept is simple: try to act like your enemy – simulate real-world attacks and test an organization’s defences and provide a detailed assessment of the organization’s security strengths and weaknesses.

>> Get A Hacker’s View Of Your Attack Surface (Request Demo)

However, traditional red teaming is resource intensive and requires advanced technical skill sets. But after all that, it remains a point-in-time exercise with a specific focus. Red team automation can help you displace multiple tools and repetitive manual efforts but still gain the benefits of persistent red teaming and penetration testing on your entire attack surface.

Filtering Through The Hype

Is Continuous Automated Red Teaming Right For You?

Red team automation refers to the use of automated tools and processes to simulate and test an organization’s defences as part of a red teaming engagement. These tools and processes can be used to conduct a wide range of activities, such as reconnaissance, penetration testing, and lateral movement. The goal of red team automation is to make the red teaming process more efficient and effective by automating repetitive or time-consuming tasks, allowing the red team to focus on more complex and sophisticated attacks.

However, even in Red Team Automation organizations are forced to use different tools like:

However, even then, some tools may not always be able to mimic the creativity and unpredictability of a human attacker or validate & prioritize the critical findings. FireCompass Red Team Automation platform can actually help you with multi-stage attack playbooks to mimic a real attacker and accurately pinpoint initial-access paths that would be targeted first while automatically sending prioritized risks to your team.

While the answer to this is usually yes, depending on the size and maturity of your organization, the reasons why and the benefits to you may differ. When considering if a CART solution is right for you, it may help to consider the solution in terms of its two broad areas of functionality:

To find out if automated red teaming is the right solution for you, get in touch with us.

Feel free to get in touch with us to get a better view of your attack surface.