Recently, you might have heard in news about COSMOS Bank Breach, a 112-year old cooperative bank in India and the second largest in the country being hacked and crores were siphoned off. COSMOS Bank has faced monetary  losses because of recently happened COSMOS Bank hack. And also they might have to face non-monetary losses like any other financial organisation post breach. In this blog, we have analysed the business impact of COSMOS Bank breach.

On August 13, the hackers transferred Rs 13.94 crore into an account in the Hang Seng Bank in Hong Kong by initiating a SWIFT transaction.

In two days, there was a total monetary loss of 94+ crore rupees which was faced by COSMOS bank from this breach.

2- Cost Of NO Service/Business Closure:

Once COSMOS Bank has come to know about the breach, as a precautionary measure Bank has shutdown all it’s servers and net banking facilities.  Clients were not able to access the ATM and net banking services. This has caused loss of business because of no operations.

As per Ponemon Cost of Data Breach Study, the cost to a financial institution facing a cyberattack specifically targeting their online banking services costs an average of $1.8 million. It can give you an idea of losses to COSMOS Bank because of business closure.

“A complaint has been filed with Pune police about the malware attack and the bank is doing internal audits to investigate the breach,” the official said.

A case has been registered under section 43, 65, 66(C) and 66 (D) of the Information Technology Act and relevant sections of Indian Penal Code. causing a legal cost to Bank.

There are going to be many operational overheads for COSMOS Bank. Some of them which are as following:

The financial impact of a loss of brand reputation and trust after a cybersecurity incident can be significant for Bank.

Because of the breach, Bank has irreparable damage to its reputation. In this connected world, the COSMOS Bank breach news spread very fast, And Bank has been branded as breached Indian Bank internationally.

It will impact their future operations either with their clients or partners, or stakeholders. They will face difficulty in acquiring new customers, as people are scared of keeping their money in a breached bank who has lost crores.

Trust is key when it comes to customer loyalty. Being a fraud victim obviously affects a customers’ perception around their banks security measure, which in  turns affects the existing customers of a Bank, and increase the churn rate.

If you feel we have missed some other costs to COSMOS Bank because of breach (Direct or Indirect), Please comment them below in comment section. 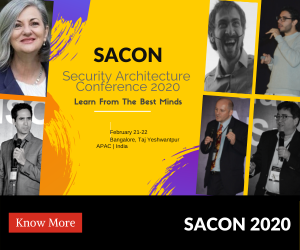